You are here: Prison Ministry 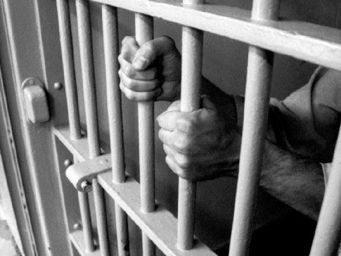 A few weeks ago I visited a high security adult prison for a Sunday service. At the end of the service there was an opportunity to pray for the prisoners individually.

A young man came up to me – I had already noticed him as his hand was bandaged – he said: do you remember me? When he mentioned his name - I’ll call him Jaz - I realised that two years previously he had been in a young offenders prison and was part of a small group that attended our Foundational Truths Course. In fact, Jaz was our prize student, he had a real encounter with God during the course. He was baptised in the Spirit during one session and every week he came with questions that arose, from studying the Word intently while completing his homework assignments.

I hardly recognised this nice looking young man that I’d met two years previously – he was thinner, his face drawn and he looked like he’d been through the mill. I was so sad, yet delighted to encounter him again.

As a foreign national Jaz had no family here and was looking forward to getting out of prison and telling his friends (in a gang) about Jesus. We advised him against this until he was a bit more mature in his faith but he was adamant that they would listen to him when he explained his  phenomenal experience of Christ, in prison. The last time we saw him was just before the course finished, we were praying for Jaz when an officer appeared and told him he had been bailed and that he could ‘walk’ (leave prison). Jaz thought that there had been a mistake, but he was assured that it was true and he immediately claimed it as a miracle from God. We only had a few minutes with him before he had to go, we gave him our contact details and he assured us he would be in touch. That was the last time we saw him until Sunday that is.

As Jaz begun to tell me what had happened to him in the last two years, he began to cry He told me that he went back to his old friends and unfortunately they were not interested in Jesus and their influence on him resulted in ending up in prison again.

Jaz said only last week he had been thinking about the Kingdom Keys team and he had wished he could do the course all over again! He couldn’t believe that I was there. I said that I believed this was a divine appointment and that I would write to him and send some study materials. As for his bandaged hand, he had recently had 3 fingers amputated, I didn’t ask why.

I left prison with mixed emotions, on the one hand I was marvelling at God’s divine appointment but on the other I was so sad thinking that if only we had more people with a heart for working with ex-offenders, especially people available during the day, people that could help us mentor the likes of Jaz on a regular basis.

So many prisoners have a genuine encounter with God in prison and it’s relatively easy to maintain their faith inside, the risk of backsliding for most, comes when they get released and temptations abound. Unless they have mentors, preferably people that they have already met in prison, people they respect and can trust, people who will disciple them and stick with them when things go wrong, the majority will end up in trouble again.

Please pray for Jaz that he will not re-offend

For Jaz that he will not re-offend but grow in faith and commitment. Pray that he will find a supportive Christian network to help him through this time.

For KK, that God will bring or raise up the right people to help us develop an effective mentoring work for ex-offenders

For plans for our next week-end prison conference